It’s time to eliminate the weak link in your chain with the new QiJACK Mono (TS) input/output jack. The secret is the patented rings which expand into an oval shape to give you a consistent grip on your plug while reducing contact resistance for the best sound. You now have two contact points for the Tip, Ring and Sleeve for better performance.

Old style jacks have only one contact point which can become sloppy and weak. New QiJACK gives you a powerful hold and even after many insertions, the spring force stays strong.

You wouldn’t put bicycle tires on a Ferrari and you don’t want any other JACK between you and your music.

Take a quick minute or so to read about two of the most significant benefits of using QiJACK in your guitar(s), amp(s) and other pro audio equipment.

A common issue among electric guitars and similar instruments is movement in the traditional input jack that, over time, may cause the ¼” plug to wobble or become intermittent.

The traditional jack used in most electric instruments today is a 60 year-old design, which has only one contact point from one side of a brass spring on the tip. Regular use can cause the brass spring to become weak and lower the pressure on the tip and sleeve of the plug. If the spring should fail, and it can, the plug can simply fall out. The common solution until now has been to simply replace the jack with an identical twin and repeat the same cycle. Einstein had something to say about that.

Enter the new, patented QiJACK. It has two points of contact on either side of the tip of the plug. There are also two points of contact on the ring and sleeve. That’s a total of six contact points (on the Stereo jack). Instead of a bent piece of brass that pushes on the tip of the plug, as in a traditional jack, QiJACK utilizes a round ring. When the plug is inserted, the ring expands into an oval shape pushing firmly on both sides of the plug at the tip and the sleeve. When the plug is removed, the ring returns to its round shape.

The physics behind the bent brass is less effective and not as long-lasting as the physics used in the design of the round ring. QiJACK’s rings do not become sloppy or weak like the old style piece of brass. It is always ready for the next insertion and grips the plug firmly time and time again.

One of the ways you can measure and quantify how good a jack performs is by measuring the contact resistance. Resistance is inevitable in any electronic connection, but we want to minimize it for the best possible sound quality. How can we do this? The more pressure and the more surface area used at the connection site, the lower the resistance.

Lower resistance allows for a fast rise time. When you have a slow rise time, sound frequencies such as the attack of a piano note or the strum of a guitar can become dull and muddled. Having a fast rise time results in notes that are clear and crisp.

Any resistance introduced in the signal chain – for example, from your source to the load – will affect the rise time. One place where resistance appears is the connection with the jack. QiJACK lowers the resistance, resulting in fast rise time and better sound quality. It’s as simple as that. 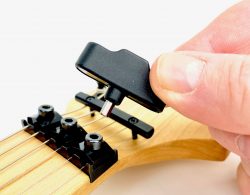 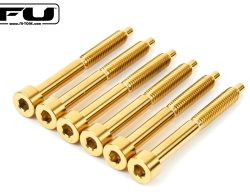 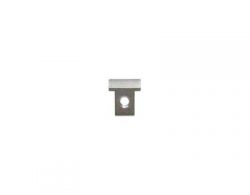 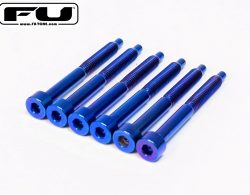 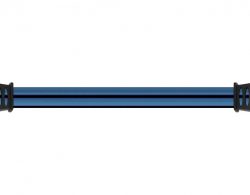 The Ultimate in Tonal and Performance Upgrades for your Guitar.